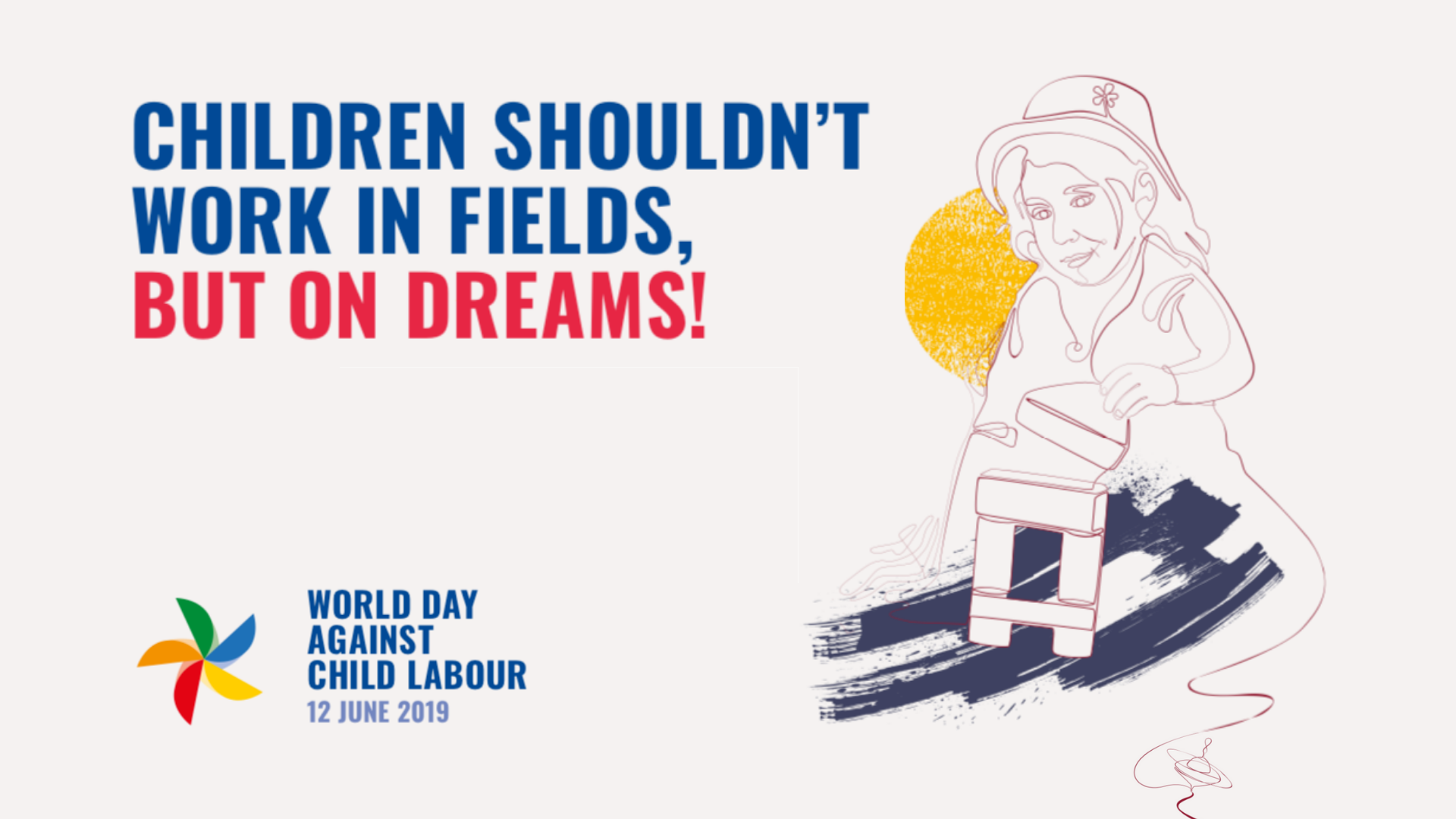 It is the day that the international community comes together to call for an end to child labour. This year, the International Labour Organization is celebrating 100 years of advancing social justice and promoting decent work.

Yet today, 152 million children worldwide are still in child labour. [i] Whilst child labour occurs in all sectors, 7 out of every 10 of these children are working in agriculture.

Since 2011, Plan International and International Labour Organization (ILO) have led a global Child Labour Task Force to bring more attention to child labour in emergencies. Over the past few years, the task force has been able to set the first-ever humanitarian minimum standards on child labour, developed guidance for practitioners and provided hands-on support to humanitarian actors worldwide.

Today, we reflect on a few lessons we have learned from our work:

Lesson 1: Don’t wait to act until child labour is a visible problem

Today in Syria, nearly 12 million people including 5 million children, remain in need of humanitarian assistance. An overwhelming 80% of communities report that families rely on child labour to survive. [iii]

The situation in Syria is extreme but sadly not unique. Humanitarian actors often don’t act until child labour has become so visible and widespread that it is almost impossible to address.

Don’t wait. Our experience tells us that if child labour existed before a crisis or when families are economically affected, and access to education and livelihoods remains limited, child labour is likely to increase.

Timely action, along with a shift in our focus towards prevention, can stop child labour before it becomes an unsolvable problem.

Lesson 2: Collaborate across sectors and at all levels

Collaboration is key. Last year in Turkey, we worked with UNICEF and humanitarian actors across the food security, protection and education sectors, as well as with private sector actors, unions and government actors to collectively address the growing problem child labour among Syrian and Turkish children.

The Child Labour in Emergencies toolkit helped the diverse actors understand how they could collaborate in preventing and responding to child labour.

Some of the most effective actions that we’ve seen in child labour, were taken by local organisations. They understand the local child labour risks and are often more accepted and trusted by families. We must continue to invest in the capacity of local actors to provide and coordinate services at local level.

We are excited that the global Child Labour task force represents an increasing number of local and national actors.

Lesson 4: Engage with children and adolescents to understand their diverse needs

In March 2019, after the devastating Cyclone Idai hit Mozambique, Plan International found that young adolescent girls engaged in sex work in return for clothes and money to survive. [iv]

In Jordan mostly older, Syrian adolescent boys are engaged in worst forms of child labour as they often require physical strength, for example work in construction sites, factories and in agriculture, often resulting in physical harm and injuries.

Children and adolescents are a diverse group and they may face different risks depending on their age, gender, and other factors that increase their vulnerability. We must engage more and better with children, adolescents, families and communities to understand these specific risks and jointly develop strategies to tackle child labour for all children and adolescents.

For example, in 2013 in rural parts of Philippines many children and adolescents were already working in agriculture and the fishing industry when super typhoon Haiyan hit the country, leaving thousands of families without homes and jobs. In the months following the disaster, communities reported dramatic increases in child labour.

To successfully prevent child labour in emergencies, we must focus on building resilience before crises occur. States, development and humanitarian actors must work together to end child labour in all its forms by 2025, as described in the UN Sustainable Development Goal Target 8.7. The good first step is to join Alliance 8.7, a collaboration between over 200 organisations and 15 pathfinder countries.

Please join us on World Day Against Child Labour 2019: Children shouldn’t work in fields but on dreams!

Advocacy Messages for Child Protection Actors: Prioritizing Child Protection in COVID-19 Response Plans
Emergency responses to COVID-19 are intended to speed containment of the virus but can have devastating consequences for children if they ignore unique risks to their safety and fail to include specific child protection provisions. Protecting children from violence and exploitation can be life-...
Read more
Global: Focal Point for Learning and Development Working Group
1. Background: The Alliance's mission is to support the efforts of humanitarian actors to achieve high-quality and effective child protection interventions in humanitarian contexts, in both refugee and non-refugee settings. As a global network of operational agencies, academic institutions,...
Read more
Home-based: Finalization of the draft Child Protection in Emergencies Competency Framework Consultancy
1. Background In 2010, the Child Protection Working Group (CPWG) launched an inter-agency initiative to develop the CPIE Competency Framework, which provided standards for staff recruitment, management and professional development. As the need for skilled professionals grows, the Learning and...
Read more

To contact us, you can send an email to info@alliancecpha.org.